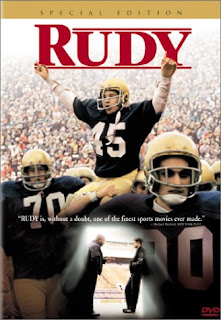 No doubt you have read the letter below.  And if you have not, well, now is the time.  Simply put, this letter from a college coach to a prospective recruit highlights the worst characteristics of high school athletes with the most potential.

As humans, we are a competitive species.  From the time we walk, we challenge one another even in the most basic ways.  (Think about the game of "Tag!")  Unfortunately, that means we also have the tendency to be competitive in the negative, just as we are in the positive.  So when we ask our leaders (each of our student-athletes is a leader) to engage with the content in this letter, let's put a positive spin on these otherwise negative concepts.

Teaching Character Team-building Activity
Step 1:  Divide your team into 8 small groups.  Have student-athletes work in groups to read and annotate the letter below, asking them to change each of the negative characteristics to positive.

Step 2:  Assign one debriefing prompt to each group.  Have each group share out.  For each prompt, have groups (1) identify at least two parts of the letter that relate to their topic, and describe why, and (2) identify three teammates who they feel best exemplify the positive character trait, and describe why.
Debriefing prompts:
a.  Attention to Detail
b.  Maturity
c.  Communication
(Verbal and Non-Verbal)
d.  Media/ Cell Phones
e.  Consistency/ Positive Energy
f.  Team Rituals/ Culture
g.  Celebrating Team
h.  Personal Accountability/
Mistakes are OK

I received your introductory two-line email and read through it. I must say your first sentence was painfully familiar as you introduced yourself by first name only. I assumed if you were trying to make an impression that you would have paid more attention to punctuation but my assumption appears incorrect. While your opening email failed to identify your last name, what year in school you are, where you are from, or what position you play, you managed to include your most pressing question as to whether our team is "giving out scholarships".

A week later, I received a second email with full color resume attachment including your action photos, and a variety of links to related newspaper articles. Each of these items were compiled in an orderly fashion and sent out directly from both your parents' emails.

While it took a bit to thumb through the long list of your impressive extracurricular activities please thank your parents for putting this packet together and understand that it would have been far more beneficial for our staff to speak to you personally by way of an old school phone call. As my staff sent correspondence to your personal email, we have received only a return from your parents apologizing and explaining that you are simply "too busy to answer".

As a word of advice, while many college coaches support parental enthusiasm, initiative taken by the athlete is crucial if you are serious about connecting with a quality program. Our staff explained to your parents that we would prefer to connect with you directly, but they continue to respond on your behalf. This will be a red flag for any coach, so please be aware of this feedback being a possibility from any of your other options.

When you visited the campus with your parents, the first thing I noticed is that they did most of the talking for you. However, when you did speak, you were openly correcting and verbally scolding them when you deemed their information sharing inaccurate. As a coach, an athlete who displays disrespect, especially to their parents, is a red flag in the recruiting game of analysis and observation.

As we toured the campus I took copious mental notes including a short ponder on how you were too busy for a returned phone call or email to our staff yet, your email-ready smartphone was all but attached to your hand the entire unofficial visit.

Upon your departure, our staff reviewed your stats, strength numbers and transcripts. All are impressive, but of course we had to see you compete. Unfortunately, the highlight film you left us with that was edited to perfection to omit mistakes, was unhelpful.

Despite my reservations, I made the trip to watch your game live so I could determine if your resume matched your talent. After observing only a few minutes of the team warm-up, I noted that you were clearly the most gifted on your squad. However, your talent was unfortunately overshadowed by the lack of energy and effort you displayed.

At halftime, the team huddled up and as always when observing recruits, I honed in carefully on your demeanor and body language. I watched you walk in the opposite direction of your teammates and take a seat on the bench away from the group. You did not return to the team circle until prompted by your assistant coach. As the head coach spoke, I observed you break off into a private conversation with another teammate, rather than offering the coach your attention.

In the second half, when you scored I noticed you waited for the other players to huddle around you and celebrate. In contrast, when a teammate scored, you retreated to your position without acknowledging or congratulating them.

You added much depth in the scoring category with some impressive runs but when you made mistakes you became vocal and eager to point out where your teammates needed to improve. You had moments of greatness but they were followed by sporadic lulls of half-hearted effort.

As you are the team captain, I found it disappointing that you did not contribute to the post game team discussion. I watched as your mother brought over snacks and saw that you made no effort to assist her in bringing those large containers of cupcakes from the bleachers out to your 40 other teammates. Last, as the rest of the team broke the field down and put equipment away, you found a quiet spot on the empty bench to text on your phone.

Perhaps as a high school-age athlete, these are behaviors you are simply unaware of. In a world where you are being taught the X's and O's of mastering a sport, so much practice and dialogue in character building is diminishing. I realize that you have been told repeatedly by many of your previous coaches that you are amazing in your sport. However, players like you, with similar demeanor are a dime a dozen.

Since you have been a star in your sport for quite a while with coaches and parents who have clearly allowed these details to slip through the cracks also, you are not entirely to blame. However, please bear in mind, none of this makes you a bad person only potentially, a bad teammate. The attributes I am judging you on happen to be far more important than any of your trophies, all-star selections or travel team accolades.

There is no doubt you are talented. However, from my experience, here are the 10 things I know about athletes like you.

1. Your incredible talent is the same talent that in your sophomore year of college will suddenly suffer an ego blow when a new freshman arrives with equal or greater talent. Battling your feeling of ownership over your position and feeling threatened is inevitable.

2. Rather than working hard to better your game, you are more likely to be the athlete that is constantly comparing your success to others rather than focusing on growth for yourself. This will become a tedious and exhausting process for your coaches and team to constantly have to reassure you of your self worth and value.

3. As those around you put in the work, rather than be grateful to be surrounded by a committed group of individuals who share common goals, you are more likely to resent them and seek out allies to split the team support in half and create locker room chatter.

4. In the event you see time on the bench you may not be emotionally prepared, willing to engage or support the teammate who is starting over you. Also, it is likely you will find it challenging to support the success your team obtains when they win without you on the field.

5. When you become unhappy with your own performance you are more likely to blame your coach, teammates or anyone other than yourself.

6. Since your previous coaches and adult guidance have fallen short in emphasizing the importance of accountability, you will likely be that much more of a challenge for our staff and program to work with.

7. Aside from your time in college, the end goal of being a student-athlete is to get a degree while playing a sport you love. If your goal as an athlete-student is to get a starting position while earning a degree you tolerate, your goals will be out of alignment with the program from the start.

8. Athletes who truly work for their program become stronger people who work well with others and are able to admit their weaknesses in order to improve. If I am forced to spend your first two years of college trying to catch you up on late lessons of being accountable and respectful, it is probable you will spend your second two years resenting me which ultimately leads to an ambush of bad senior exit interview feedback.

9. Athletes are treasured in the workforce and therefore, you are likely to land a job after you graduate. However, if you fail to get along with those in our program you are prone to carrying this over into your professional life. If you are unhappy with your boss or coworker you will be more likely to find yourself unequipped to work through your problem without soliciting complaining or quitting.

10. By choosing not to recruit you, I am saving my team culture. On the bright side, perhaps if you are rejected this will be your first opportunity to face adversity and grow from it.

I recognize that it is possible you could change with guidance by coming to our program. However, the investment on my end presents high risk to the health of team morale, my livelihood and sanity. In my younger coaching years I believed far too often that many like you were capable of transformation. Over time, without consistent support from the powers that be, I have lost my fair share of those battles and have watched colleagues lose their jobs when athletes like you are unsatisfied. I am a great coach who takes so much of my success and failure home with me at night and am actively making the choice to choose ethics and attitude over talent.

Today I crossed you off my list as a potential recruit despite your obvious talent. Over the thousands of hours I have spent away from my family recruiting, answering emails, calls, official visits, watching game film and logging contacts and evaluations, I have learned from my mistakes. As a result, although the athlete playing right next to you has half the stats and three quarters of your speed, they are supportive, determined and selfless. This kind of athlete, will be our next signee.

Please take these words and advice into consideration and I wish you all the best.
Coach
Posted by Sam Bailey Leadership at 12:14 PM