When I got traded to the Lakers in ’97, Kobe Bryant was just a rookie. The dude couldn’t shoot threes. We would play this shooting game every day after practice. It was me, Kobe, Brian Shaw, Mitch Richmond and Kurt Rambis. Kobe would lose every time. We would get to practice the next day and sure enough, Kobe would already be there shooting nothing but threes. Like clockwork, at the end of practice he’d say, “Let’s play the game! I’m ready for you.” And we would beat (him) again.
He would never stop. It was incredible. He practiced until one day, a couple months later, he finally won. If you literally said, “Kobe, I bet you can’t make five in a row by dropping the ball and kicking it in from half court,” that (guy) would go out there and practice it until he could do it. And that’s what people don’t understand when they talk about champions — when they talk about a winner’s mentality. Kobe’s dedication to the game is unreal. And I mean that in the truest sense … it was literally unbelievable. The common denominator in every championship team is the mentality that Kobe has. You have to be so obsessed with winning that you pull no punches with your teammates, even when you’re in first place. Even when you’re a defending champ.
Posted by Sam Bailey Leadership at 8:33 AM No comments: 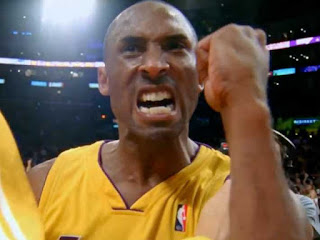 Posted by Sam Bailey Leadership at 6:30 AM 3 comments: 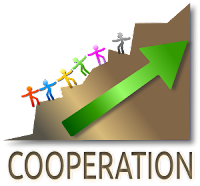 
Objective:
Teams begin by standing in or behind their circle.  In three minutes, your team's objective is to have all the balls inside your circle.


Read more »
Posted by Sam Bailey Leadership at 5:30 AM No comments:

Taking Care of Your Teammates - A letter from Jake MacDonald 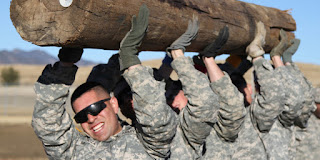 All leaders are held to two standards: mission accomplishment and taking care of your people. If polled, I’m confident most people would agree that accomplishing your mission is the more challenging of the two. Taking care of your people is easy. As a young officer in the Marine Corps, I certainly thought so. Accomplishing the mission was the tough part. I enjoyed taking care of my Marines. I was good at it. To me taking care of my Marines meant letting them out early on a Friday, it meant getting some “hot wets” (hot coffee and soup) brought out to the field when we were training in the cold. It was making popular decisions that helped my Marines like me. I thought this way up until my first time in a combat zone.

Help Your Team While You're Injured, with Brandi Chastain

Posted by Sam Bailey Leadership at 7:43 AM No comments: