You hear broadcasters talk about it as a big separator. You read about it in many articles and stories. You hear coaches talking about it all the time, working day and night to create that very thing and instill it in their teams. You see players in post game interviews either attribute their wins to it or blame their losses on the lack of it.

It’s a mysterious and elusive part of being a great team. Some have it right away, and some take a long time to develop it, but no matter what the case may be – no team can win without it.

In the 2011 NBA finals, the intriguing matchup between the Dallas Mavericks and the Miami Heat brought together two essentially different teams in terms of the conceptual theories behind their building process, as well as two different styles of play. On the one hand, LeBron, Wade and Bosh, the big 3 are all stars in their own right. Wade is a former champion (2006), Bosh was a 20 points, 10 rebounds franchise player for his career, and LeBron was arguably the best player on the planet. Erik Spoelstra was a young coach with little playoff experience.

Read more »
Posted by Sam Bailey Leadership at 6:58 AM No comments:

Accountability to team standards critically impacts all aspects of team performance.  If the coach is the only person holding members of a team accountable, adversarial relationships naturally form between members of the team.  Athletes eventually become uninspired or perhaps reluctant to perform their best. 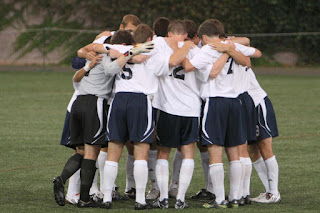 Conversely, having an Accountability System in place helps teams own their standards, improves communication, team involvement, and team success.

Start with four tiers to your Accountability System.


Posted by Sam Bailey Leadership at 12:07 PM No comments:

Quote of the Week

"Our goal is not to win.  It's to play together and play hard.  Then, winning takes care of itself."
-Coach Mike Krzyzewski
Posted by Sam Bailey Leadership at 11:03 AM No comments: