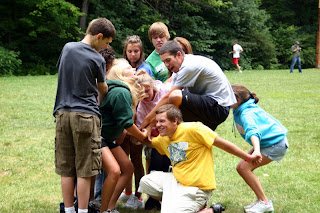 Have the group make a large circle. (This game also works well as a race between several circles in larger groups.)

Then your group must use teamwork to unravel yourselves into a circle again without coming disconnected.

Helpful Hint:
To ensure that everyone is in the same circle, send a “pulse.” One person begins by gently squeezing their right hand. The person who is squeezed gently squeezes their opposite hand, which passes the pulse to the next person. Continue until the first person has their second hand squeezed.

Posted by Sam Bailey Leadership at 8:24 AM No comments: 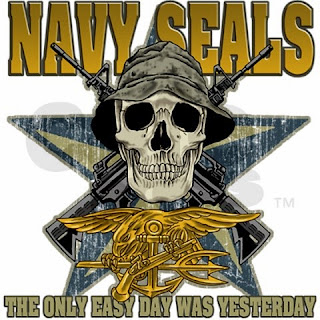 Here is the physical fitness test for the Navy SEALS' training program, known as BUD/S(Basic Underwater Demolition/SEALs).  Are you up to it?


Read more »
Posted by Sam Bailey Leadership at 9:30 AM No comments:

Here is one variation of an amazing team building, discipline, commitment and competitiveness program used by Coach Sam Bailey and Tustin-Irvine Patriot Aquatics water polo team.  How might you adapt a similar concept to your team?

Read more »
Posted by Sam Bailey Leadership at 7:58 AM No comments: 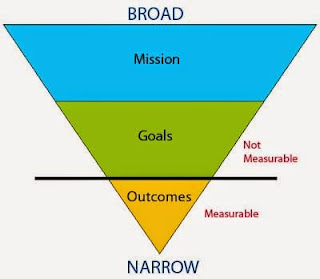 It is important to set both outcome goals and process goals, and especially to know the difference.

Process Goals
Think of process goals as actions, or habits.  Collectively, you expect actions and habits to lead to a desirable end result.  But initially your goal will likely be to simply develop the habit itself!  Once you have the habit down, that's when you'll turn your focus to the end result, or the outcome, those habits are intended to produce.

So a process goal might be, “For the next three months, I am going to exercise three times a week for at least 45 minutes each time.  Additionally, I will eliminate all snacks and sweets from my diet.”  The goal is measurable and time-bound, but there is no specified outcome – no amount of weight lost or muscle gained.

Read more »
Posted by Sam Bailey Leadership at 7:42 AM No comments: